Assalamualaikum. Here FnF would like to share some common question and answer about Islam. FnF had the opportunity in finding answer to which FnF had been ask. But at that time, FnF could not answer in a correct way. So, FnF search and found some good answers. Hope it helps the Muslims and Non-Muslim around the world.

In the Quran and Hadith, Allah has build a guideline for food. Food which has been and will always be  forbidden is due to the fact that it is very harmful to the human body. Among those food, pork is one of them.


"He has forbidden you only meat of a dead animal, blood, flesh of swine, and any animal which is slaughtered as a sacrifice for other than Allah. But if one is forced by necessity, without willful disobedience, and not transgressing, then, Allah is Oft-Forgiving, Most Merciful".
(Al-Baqarah: 173) 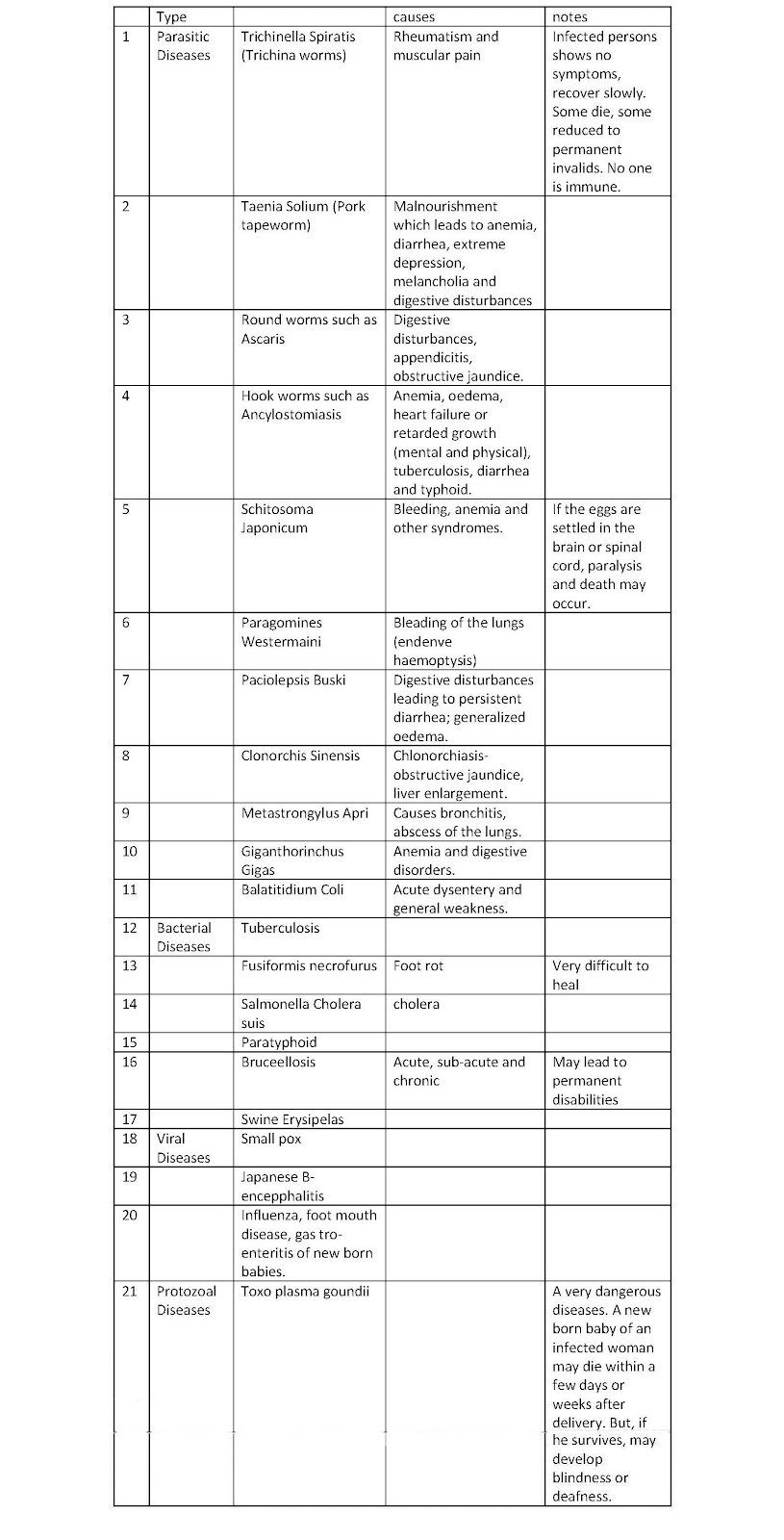 Pork contains more fats than other meat. Therefore, people who are fond of pork are more obese than others. Cholesterol is higher in their blood thus making them more prone to asthereosclerosis cardiovascular accidents and sudden death.

Flesh of the pork is hard to digest and may lead to chronic digestive disturbances. Pimples, boils, cysts are common in pork eaters.

Pig is one of the filthiest animals on earth. It lives and thrives on muck, feces and dirt. They eat and enjoy their own as well as their neighbor's excreta.
Posted by FnF Simple Life at 2:08 PM

Email ThisBlogThis!Share to TwitterShare to FacebookShare to Pinterest
Labels: For The Soul